Having a cat as a personal companion can be a very rewarding experience. But cats come with a lot of unusual and quirky personality traits. Have you ever wondered why your cat is always head-butting people? Or why they have to push your water bottle off the kitchen counter continuously?

Cats do some strange things that we try to make sense of. But no longer do we have to wonder why they run around the house at three in the morning! Here are the real explanations for some of our feline friends’ strangest behaviors.

Sticking Their Rear End In Your Face Is A Compliment

If you’ve been around a cat before then you are aware that they have a tendency to lift their tail and give you a full-on view of their backside. We’ll we’re here to tell you that even though it might not be the best view in the house, it is one that you should take as a compliment. 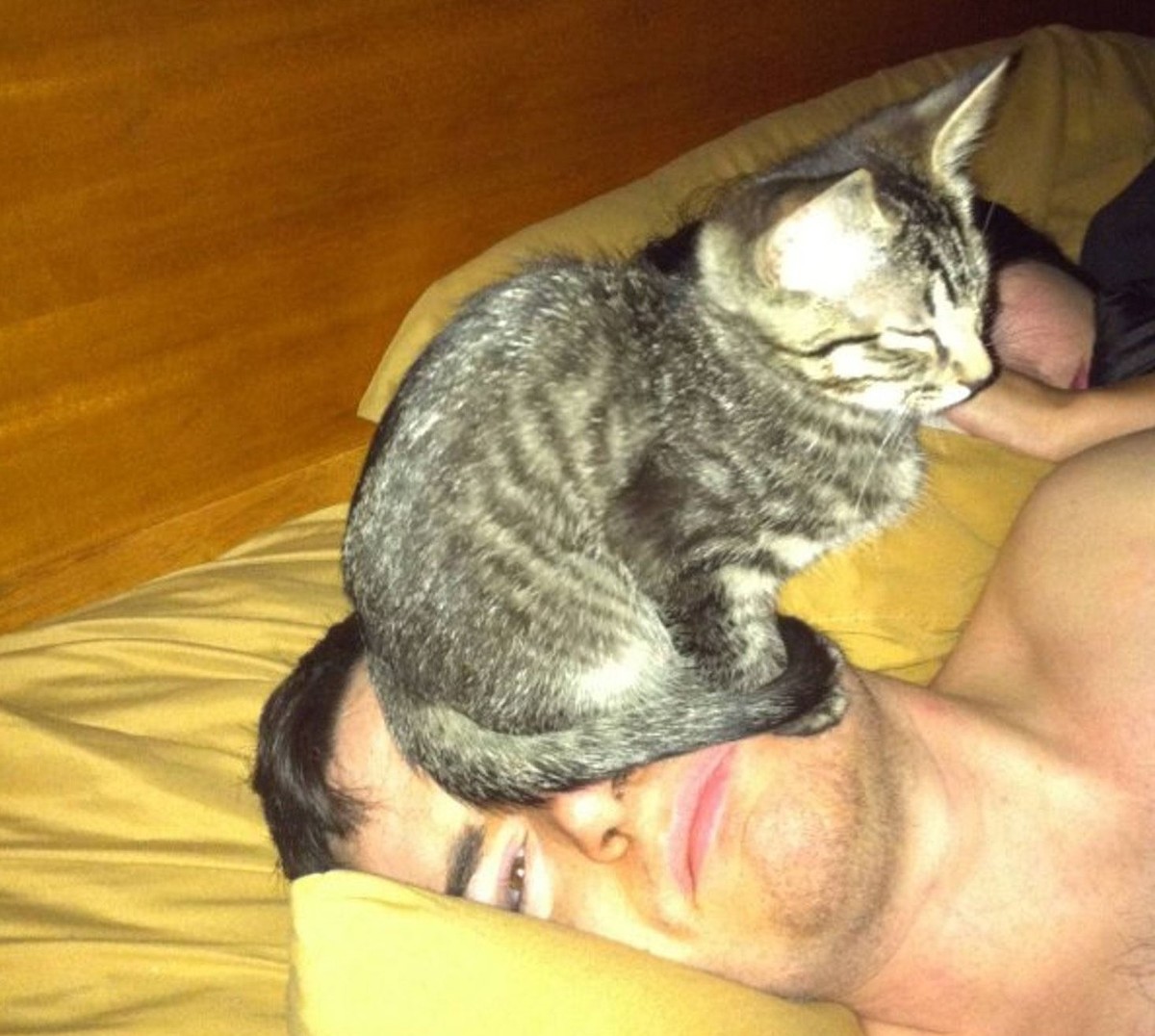 Cats lifting their tails and sticking their rear ends in your face should be taken as a sign of trust and affection. When they lift their tails it is their way of being friendly and opening up to you — take it as a compliment!

Pawing At Their Water Is An Instinct

One of the common myths surrounding cats is that they don’t like water. This isn’t necessarily true for all cats. Some actually love the water, and if you see a cat pawing at their water bowl, it most likely means they’re just engaging in a little playtime.

However, other cats prefer to drink fresh moving water, and when they splash their bowl, it is their way of aerating the water… almost as if they’re trying to give it the bubbling effect of a natural spring or even fresh water from the tap. So this behavior tells us that cats would pretty much be those people ordering bottled water at restaurants.

Burying Their Droppings Is Instinct

Out of instinct, cats bury their droppings after using the litter box. This is because, in the wild, they don’t want predators to catch their scent or for other cats to kick them out of the group for putting others at risk.

Weirdly enough, if your cat is not covering up their business then there might be something wrong. It could be something materialistic, such as the cat not liking the type of litter or box. Even the location and accessibility could factor into why they’re not covering up their droppings. Others think it could be related to stress, anxiety, or even issues with the cat’s health.

Laying On Your Stuff Means They Want Attention

You know that feeling when you’re working on something very important on your computer, and your cat comes over and plops down directly on top of the keyboard? We’re here to tell you that there is a reason for your kitty wanting to “un” intentionally write paragraph upon paragraph of gibberish on your final essay.

Your cat is all up in your business because they see that you’re paying more attention to something that is not them. They want that attention so they’ll get between you and the object that you’re using! It’s also territorial, meaning that they’ll rub their scent over your things so other cats know who you belong to.

Chattering Their Teeth Isn’t Bad For Them

If you’ve ever heard your cat chattering its teeth when they see a bird outside, don’t be alarmed. It doesn’t mean they have a toothache and they’re not grinding down their teeth. While experts don’t know exactly why cats make the quick, intense sound, they do have theories.

Some believe that cats make this sound out of frustration, because even though they can see the other animal outside, they can’t reach it through the window. Other’s believe that it has to do with their natural instinct to warm up their jaw muscles in preparation to chase their prey.

Head-Butting Or Rubbing Is Their Way of Saying “Hi”

You may have noticed that whenever you’re around a cat they tend to bump into your legs, face, arm, or pretty much any available surface space on your body. This head-bump doesn’t mean they want to start a fight, though. It’s actually quite the opposite!

The bumping is a gesture, indicating that the cat trusts you and feels safe around you. It’s their way of saying hello! In addition, when they rub against something it transfers pheromones from their body, marking the person or object as safe and trustworthy. Cat behavior experts have named this action “bunting.”

Rolling On The Floor Can Mean A Few Things

Cats lie down and roll around on their backs for a number of different reasons. However, there is one main factor that will have a cat on its back. They only roll over when they feel comfortable because showing off their belly is a sign of vulnerability.

The motion can simply be a way to scratch their back and stretch their muscles, or it can be an attempt to play and get your attention to engage in a game. The last reason could be that they are marking their territory, rolling around and transferring their scent on the ground.